Please note: the Nature Discovery Centre is closed until further notice to help contain the spread of Covid-19. The car park remains open but there is no access to the playground, building or facilities.

The Nature Discovery Centre is surrounded by a mosaic of different habitats with fantastic wildlife to see all year around.

Flat and level around the lake.

Guide dogs only
Dogs are welcome on the reserve, but please keep them out of the lake. We ask that you keep dogs under close control at all times. Dogs, except assistance dogs, are not permitted inside the visitor centre.

Centre (including shop and café)

The Nature Discovery Centre is surrounded by a mosaic of different habitats with fantastic wildlife to see all year around. Wander along the paths beside the lake, visit the internationally important Thatcham Reedbeds nature reserve or explore some of the nearby woodland. There is large network of footpaths, perfect for family days out or for the more adventurous.

During the autumn and winter, large groups of wintering wildfowl congregate on the lake, whilst the reedbeds and surrounding woodland and hedgerows host birds like fieldfare and redwing.

In spring and summer purpose-built rafts attract breeding common terns. House martins, swallows and swifts are a common sight over the lake and surroundings.

Our volunteer also leads regular walks around the reserve to help visitors learn about what they can see and hear during their visit and to learn more about each species.

In summer there are glorious displays of purple loosestrife, yellow-flag iris, reeds and sedges on the floating island, the lake shore and in the reedbeds.

All year around look out for the willow and alder around the edge of the lake, and hawthorn, blackthorn, spindle and bullace in the hedgerows.

A variety of moths and butterflies can be seen, including garden tiger, butterbur, waved black, holly blue, and gatekeeper. There are dragonflies and damselflies including beautiful and banded demoiselles, emperor and four-spotted chaser. A range of beetles such as bloody-nosed beetle and rhinoceros beetle have been recorded on site.

Visit the nearby Thatcham Reedbeds, one of the largest areas of inland reedbed in Southern England and home to some of the country's rarest reed specialists, including Desmoulin's snail. 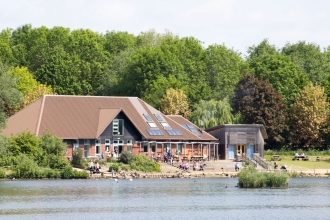 We have a vibrant and busy visitor centre at the Nature Discovery Centre, near Thatcham. We are in need of people to help with our… 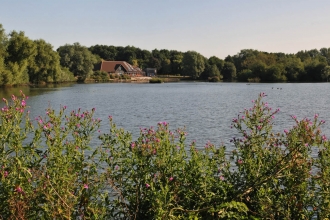 An opportunity to carry out practical conservation tasks at the Nature Discovery Centre in Thatcham. This friendly group meets on the… 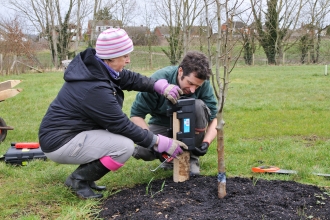 An opportunity to help maintain the trees at this new community orchard at the Nature Discovery Centre. This friendly group meets… 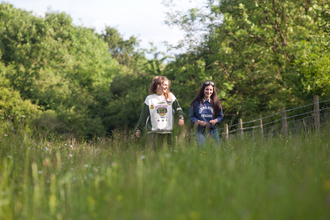 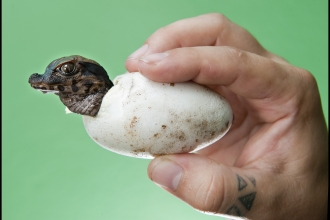 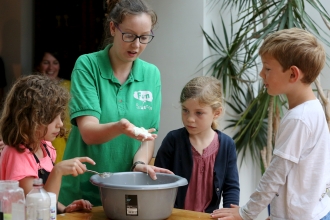 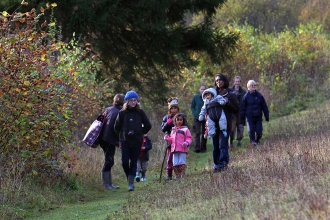 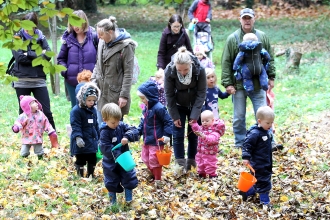