BBOWT joined thousands speaking up for the environment

https://twitter.com/bbowt
https://www.facebook.com/bbowildlifetrust
https://www.instagram.com/bbowt/
Hannah volunteered at BBOWT as a Wildlife Trainee (Conservation – Reserves Management) with the East Berkshire Reserves team based at Woolley Firs, Maidenhead, and Planning and Biodiversity Volunteer (Berkshire). She founded Wild About Datchet.
BBOWT staff and volunteers were among thousands of people who travelled to Westminster for a historic natural environment and climate lobby with MPs outside Parliament

Last Wednesday, 26 June, BBOWT joined a coalition of constituents, environmental organisations and religious groups at the Time Is Now Mass Lobby in Westminster.

Over 12,000 people from across the UK united to tell MPs that we need them to act NOW to end our contribution to climate change and restore our natural environment.

It was a fantastic day that saw over 300 MPs lobbied - that’s nearly half of Parliament! See if your MP was there.

After team BBOWT arrived in Westminster, a conspicuous crowd of yellow t-shirts adorned with our enormous flag, we walked the length of the lobby line which stretched from the Houses of Parliament, across Lambeth bridge and along the River Thames.

Arranged by constituency, people were playing guitars, singing and chatting excitedly as they waited for their MPs.

As the clock struck 2pm the lobby line became alive with alarm bells and cheering as we told Parliament, “The Time Is NOW”! 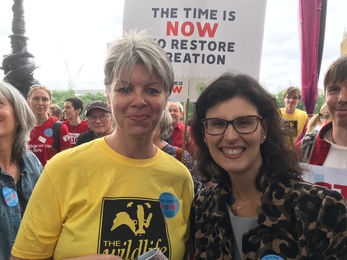 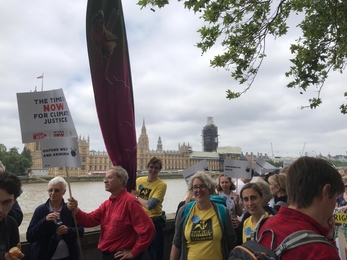 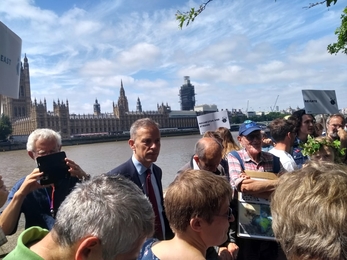 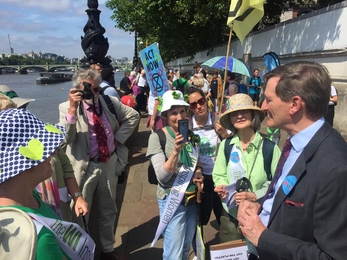 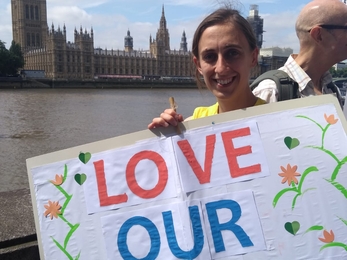 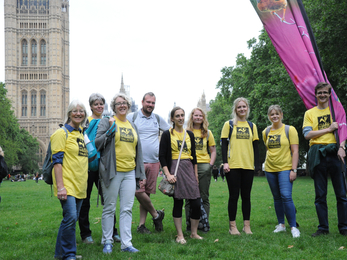 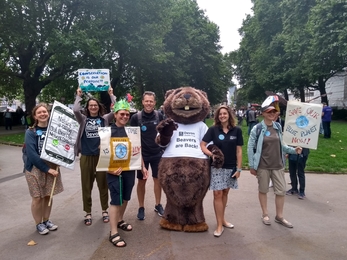 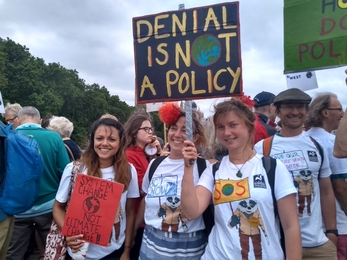 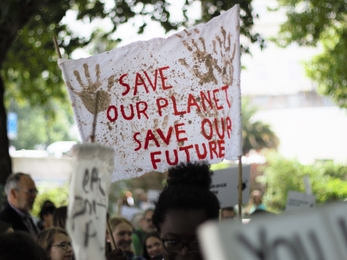 One of the first MPs to arrive from our three counties was Layla Moran, MP for Oxford West and Abingdon. She readily engaged in a discussion about the draft Environment Bill and was thanked by her constituents for calling for Parliament to debate climate change and the Oxford to Cambridge Expressway. In response to a question about the Expressway, Layla said that challenging the planning system was at the “top of her list”.

We were also delighted that other MPs from across the three counties came to meet their constituents, including Matt Rodda (MP for Reading East) and Phillip Lee (MP for Bracknell).

Disappointingly, some MPs failed to attend or respond to their invitations. One group left particularly disappointed was the Wokingham constituency. The group, including BBOWT volunteer Graham Breadmore and Warburg nature reserve warden Kelly Hedges, queued outside Parliament for almost two hours for their appointment with John Redwood MP (he had declined to meet them at the lobby). When they got through security and into Parliament, delayed slightly by the enormous queue, Redwood refused to meet them.

Another MP who didn’t show was Windsor MP Adam Afriyie – a great shame given that he chairs the Parliamentary Office for Science and Technology. His constituents were persistent, however, and wrangled a meeting with his office manager where they secured a meeting with Adam in the near future. They had hoped to discuss with him the unanimous decision by Royal Borough of Windsor and Maidenhead councillors to declare a climate emergency just the day before.

Overall, it was a great success and we certainly made our voices heard! Parliament have got to listen – no other cause unites such a huge variety of organisations quite like climate breakdown.

Join our Campaign for a Wilder Future

There's still plenty of opportunity to speak up for wildlife and the environment. Get some top tips about meeting your MP with our blogs. 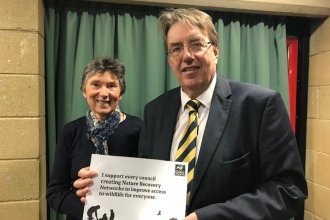 How to meet your MP and give wildlife a voice

Val explains how she turned her frustration about the state of nature into action by meeting her MP. Use her experiences to help you… 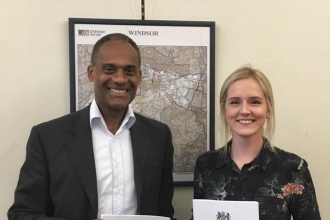 Now's the time to meet your MP 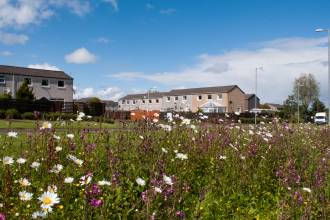 Why we need a Wilder Future

This is a once in a generation opportunity to make a real difference for the environment and wildlife.

Join the campaign for a Wilder Future

The Wind in the Willows - Mole, Badger, Ratty and Toad return to search for a Wilder Future

Guest blog: The trouble with trees

What is the role of tree planting as a solution to climate change?