https://twitter.com/bbowt
https://www.facebook.com/bbowildlifetrust
https://www.instagram.com/bbowt/
Hannah volunteered at BBOWT as a Wildlife Trainee (Conservation – Reserves Management) with the East Berkshire Reserves team based at Woolley Firs, Maidenhead, and Planning and Biodiversity Volunteer (Berkshire). She founded Wild About Datchet.
All life on earth is linked in weird and mysterious ways. Symbiotic relationships between seemingly unrelated species are intriguing, fascinating and unpredictable.

During a recent survey at Wildmoor Heath nature reserve, I learned about a bizarre relationship that exists between ants and butterflies. Specifically, certain ant species help raise butterfly young by taking the larvae (caterpillars) into their nests for safe keeping.

This got me thinking… why do the ants help the butterflies? Why would one species help another, and are there more examples of this?

So I began my research, and discovered this quote from the great naturalist Charles Darwin: “In the long history of humankind (and animal kind, too) those who learned to collaborate and improvise most effectively have prevailed”. In other words, organisms that work together stand a better chance of survival.

Now in 2018, we know that animals, plants and fungi alike have evolved many close (and often unusual) alliances. These alliances are termed ‘symbiotic relationships’ or ‘symbioses’, a term derived from the Greek words ‘symbios’ (living together with another) and ‘bios’ (life).

In ‘mutualistic' symbiotic relationships, two or more different organisms team up in a “you scratch my back, I’ll scratch yours” type of arrangement.

One example seen throughout our nature reserves is the lichen, a plant-like growth found on plants and rocks. The lichen is actually not one organism but two: a fungus and photobiont (i.e. algae or cyanobacteria) living together. The fungus provides a stable structure for the photobiont to live and in return the photobiont produces energy for them both through photosynthesis.

This is an obligate relationship, meaning both partners rely entirely on each other for survival.

Symbiotic relationships are responsible for some of the world’s most breath-taking natural phenomena.

For example, squid in the deep ocean produce mesmerizing light signals to dazzle and capture prey. The light is produced by luminescent bacteria (e.g. Vibrio fischeri) living in specialised organs within the squid. In return for their hard work, the bacteria are provided with a safe place to live and plenty of food.

It’s not just vertebrates that have all the fun – some truly unusual relationships can be seen in the earth beneath our feet.

Leaf-cutter ants can be seen travelling great distances carrying plant material back to the nest, but did you know it’s not even for them to eat? They’re actually feeding their underground network of fungi from which they feed. Essentially, these ants are fungi farmers. This is another obligate symbiotic relationship as both species depend entirely upon each other for food.

As I mentioned earlier, some species of butterfly are reliant upon ants for survival during their vulnerable developmental stages, particularly butterflies of the Lycaenidae family (blues, coppers and hairstreaks).

In dry chalk or limestone grassland, red and black ants house the chrysalis of the Adonis blue butterfly in their nest for three weeks, providing protection from predators.

On grassland and heathland sites, Chalkhill blue butterfly larvae are guarded by yellow meadow ants. In order to keep the larvae’s sugary secretions all for themselves, the ants fight off threats from carnivorous invertebrates and even deter threats from birds - apparently the ants taste bitter!

Finally, where do plants fit into all this?

Beneath the forest floor, tree roots are associated with fungi called ‘mycorrhizal fungi’. The mycorrhizal fungi make up a widespread underground network, sometimes referred to as the “wood wide web”.

The trees give energy-rich products from photosynthesis to the fungi in exchange for soil-borne nutrients extracted by the fungi. In some instances, mycorrhizal fungi networks also provide other physical advantages to trees such as drought and disease resistance.

Recently, scientists discovered that these networks allow trees to communicate with one another.

In fact, trees connected by mycorrhizal networks often have increased survival rates compared to solitary individuals. Trees pump hormones, chemicals and even electrical pulses to each other through the mycorrhizal networks. Trees send nutrients to weak seedlings/poorly neighbours and, if diseased, send danger signals to warn others.

It also appears that mycorrhizal networks support life-long friendships between trees. In Germany, one forester Peter Wohlleben discovered that a group of beech trees were pumping nutrients to a nearby beech stump of a tree felled 400-500 years ago.

The forester likens this behaviour to that of elephants “reluctant to abandon their dead, especially when it’s a big, old, revered matriarch.”

In summary, these examples illustrate that all life on earth is linked in weird and mysterious ways.

Symbiotic relationships between seemingly unrelated species are intriguing, fascinating and unpredictable. We must not underestimate the importance of each individual species, as not one exists in isolation.

The loss of any living organism, great or small, impacts its wider ecosystem and so we must continue to protect every last one!

Learn more about wildlife by coming to an event 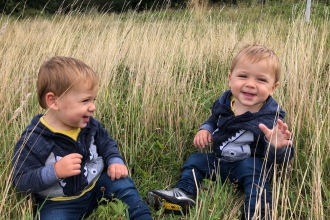 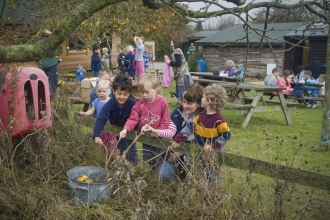 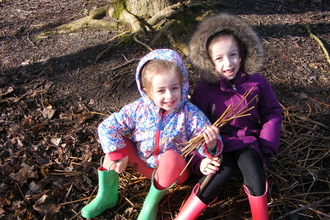