Working for a Wilder Britain

In the same week as the Agriculture Bill was published, an announcement was also made about the badger cull and the Oxford to Cambridge Expressway.

Early in September I attended one of the most exciting Wildlife Trusts’ conferences that I have been fortunate to be part of.

The conference title included the phrase ‘A Wilder Britain’ which hints at where we are all hoping to be in the future. BBOWT is working to rebuild nature, and a wilder Britain is part of what we want to reconstruct.

Since I returned from our gathering three very big issues have landed on my desk. I have covered the Agriculture Bill in my earlier blog. This piece of emerging government policy alone has huge implications for our work on our own land and for the farmers and landowners with whom we work.

But in the same week as the Agriculture Bill was published, an announcement was also made about the badger cull and the Oxford to Cambridge Expressway.

BBOWT opposes the culling of badgers. DEFRA’s culling policy has now been extended to new zones, all in the absence of any solid evidence that the policy is actually controlling bovine TB in cattle. More than 42,000 badgers are destined to be culled this season in England.

I was dismayed to read the decision of the Department for Transport that it had chosen Corridor B for the Oxford to Cambridge Expressway. This is the worst option of the three considered for our wildlife and if it is constructed is likely to result in damage to or destruction of a huge range of sites of local, national and international significance. BBOWT is considering legally challenging the process undertaken by Highways England.

Baroness Parminter made one of the closing speeches at the Wildlife Trusts’ Wilder Britain conference and stressed the huge importance of the Trusts in defending our natural heritage and in holding government to account for its decisions. She referred to the Trusts as a sleeping giant that has yet to stand and roar its opposition loudly to the continuing destruction of our wildlife and wild places.

This part of the sleeping giant is flexing muscles and beginning to become even noisier in its opposition to poor decisions. BBOWT will do everything in its power to stand up for wildlife and stop the senseless destruction of sites and species across our three counties. 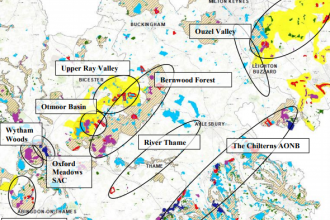 The Government has proposed a new road, the Oxford to Cambridge Expressway, between the A34 south of Oxford and Milton Keynes. We have… 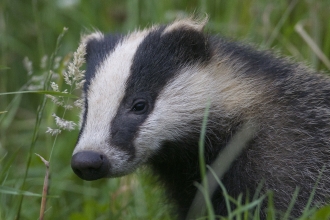 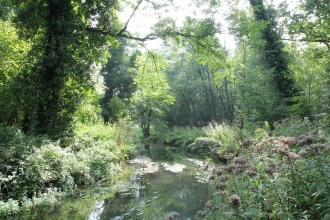 Why not add a simple log pile to your garden and create great habitat for all sorts of wildlife?

Wildlife gardening: how to make a pond

Ponds are one of the best things for wildlife that you can add to your garden, and it's really easy to get started.