The climate emergency has terrible ramifications for wildlife, but the loss of wildlife and wild places also makes the climate crisis worse

The climate crisis now regularly makes the headlines, and rightly so. But there’s another crisis – inextricably linked – lurking too often unnoticed in its shadow: the massive, ongoing loss of nature.

In the UK, 41% of species have declined since 1970 and one in seven are now threatened with extinction. The climate emergency has terrible ramifications for wildlife, but the loss of wildlife and wild places also makes the climate crisis worse.

Healthy natural habitats can store huge amounts of carbon, taking it out of the atmosphere and locking it away in soils and plant matter, sometimes for thousands of years, but many of our wild places are damaged, fragmented and threatened with further destruction. As these habitats are lost, carbon is released.

To tackle the climate emergency, we need to protect and restore our wild places.

Carbon that is stored by ecosystems on land is known as green carbon. When you think about natural solutions to climate change, tree planting is probably the first thing that springs to mind. Trees absorb carbon as they grow, storing it in their trunks, boughs, roots and in the soil, so allowing woodlands to grow naturally will lock up carbon and help counter our manmade carbon emissions. But trees can only be part of the solution; alone they are not enough.

Nature has an arsenal of other, powerful natural climate solutions that currently receive much less attention.

Peatland is a type of wetland, made up of soil formed from slowly decomposing plants. Peatlands cover just 3% of the earth’s surface but store more carbon than any other habitat on land, with the UK’s peatlands alone containing 3.2 billion tonnes of carbon.

Healthy peatlands also play a role in reducing flooding and improving water quality, as well as providing a home for some wonderful wildlife, like the dazzlingly plumaged golden plover.

But damaged peatlands are a major source of greenhouse gas emissions. Peatland has to be wet to be healthy, and much of our peatland has been drained. At least 80% of the UK’s peatlands are damaged and may be releasing up to 23 million tonnes of carbon dioxide a year – that’s more than is absorbed by all our woodlands. Fixing them must be a first step.

The same is true for many other habits: when healthy, they’re excellent carbon stores, but when damaged they release carbon.

Grasslands soak up and store carbon in their roots and the soil but, between 1990 and 2006, an estimated 14 million tonnes of carbon dioxide were released by grasslands being put to the plough.

Our oceans lock up even more carbon than the habitats on land, absorbing an estimated 20-35% of manmade carbon dioxide every year. We call this blue carbon, and it can be stored in plants, sediments and even the bodies of animals.

Saltmarshes are superstars of the carbon storage world, absorbing carbon at a faster rate than either peatlands or woodlands. These coastal habitats also act as a buffer against erosion and as important breeding and feeding grounds for a host of birds and other animals.

Seagrass meadows are almost as impressive, responsible for 10% of the ocean’s total burial of carbon, despite covering less than 0.2% of the ocean floor. Carbon is also stored through the actions of marine life, from tiny phytoplankton that absorb carbon as they grow, to huge whales that carry carbon down to the seafloor when they die.

But our blue carbon solutions are threatened.

In the UK, we’ve lost nearly 50% of our seagrass beds in the past 35 years, and we’re losing around 100 hectares of saltmarsh each year to development and rising sea levels. As these habitats are damaged, carbon is released, making the problem worse. Our seas are not as healthy as they should be, but even in their current state they take up huge amounts of carbon dioxide. Imagine how much more they could hold if we restored them, bringing back more seagrass meadows, coastal marshes and the wildlife they support.

Clearly, natural solutions have a big part to play in tackling the climate crisis, so restoring these damaged habitats and ecosystems must be a priority.

The Wildlife Trusts are playing a leading role in making this happen, with projects around the UK improving, expanding and protecting the wild places that are key for capturing carbon.

The Wildlife Trusts are also championing a Nature Recovery Network – a coordinated, effective response that restores and connects habitats across the whole of the UK. Essentially, we need wild places to be more numerous, healthier and better connected. This broad, connected approach is vital to stopping the loss of nature and, with 66% of carbon in nature-rich areas lying outside of protected sites, helping combat the climate crisis.

Nature has solutions – and we are in desperate need of them all. It is essential we restore these damaged systems. Help us create a wilder future 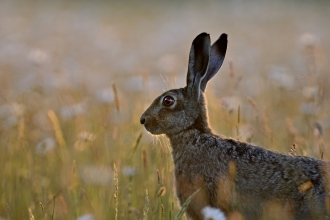 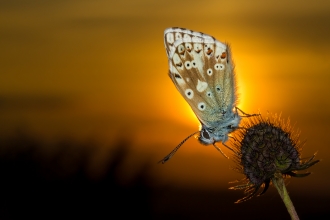 Human-accelerated climate change is an environmental crisis that puts humans and wildlife at risk – and it is happening right now. Find… 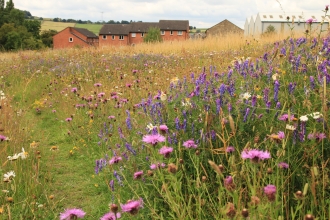 A healthy wildlife-rich environment is important for its own sake, but we also know that it’s fundamental to society’s wellbeing and the…

Andy Coulson-Phillips, Ecology Officer at BBOWT, explains how our new project will create more space for wildlife in West Berkshire

If we are to turn the tide of nature’s decline, we need to look at the driving forces of that decline, one of which is our lauding of…